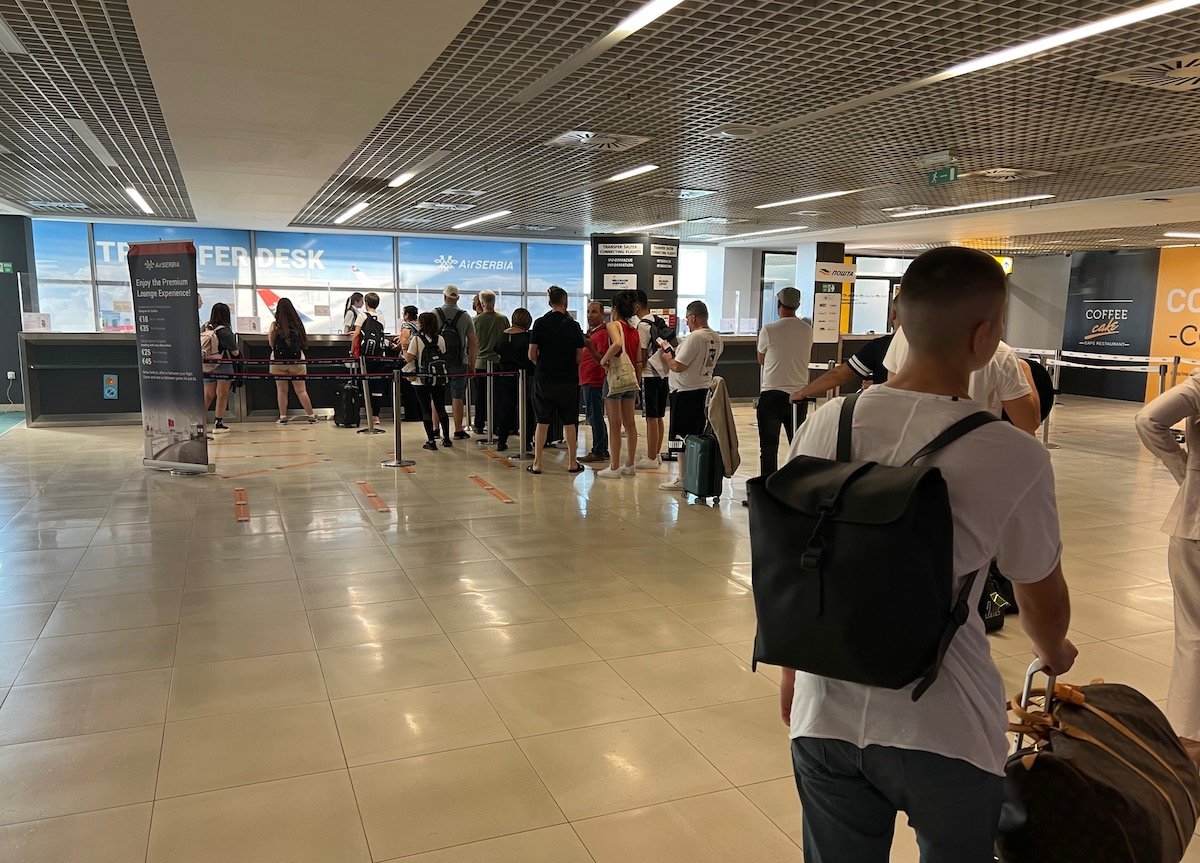 Often airlines have policies that they probably don’t give much thought to, but which can really affect the passenger experience. In this post, I wanted to share one of them that I recently experienced at Belgrade Airport before my Air Serbia flight to New York.

Long story short, I ended up queuing for about an hour (unnecessarily in my opinion) and nearly missed my flight (or so I thought).

I flew from Belgrade to New York in Air Serbia business class. The flight was scheduled to depart at 7:50 a.m. I had checked in online for my flight and received a mobile boarding pass. I enjoyed spending some time in the Air Serbia Premium Lounge and got to the gate just under 90 minutes before departure, which obviously seemed pretty early.

At this point I went to the Air Serbia lounge thinking that the agent there could print my boarding pass as this is usually a service offered in airline lounges. No, the agent there said it wasn’t possible and I had to go to the transfer desk.

So I got in line and the wait was over an hour. It was extremely frustrating how slowly the line moved. Not only was there only two people working, but it took forever to help everyone.

For example, there was someone in front of me traveling with Wizz Air who missed their flight and the Air Serbia agent probably spent five minutes explaining to her that she couldn’t help because that was Air Serbia’s transfer desk.

Some of the other passengers were going to New York and that wasn’t an efficient process either as there were many language barriers.

Then they would have to call relatives to translate the whole conversation, etc.

Of course I was a bit pissed that I would probably be the last to board as I always try to take cabin pics with as few people as possible. If it’s any consolation, at least boarding was significantly delayed and hadn’t even started when I got to the gate (although the flight still showed up as on time).

This is a pretty bad passenger experience

I tend to think that our impressions of travel experiences with airlines and hotels are often formed on the edge. For example, my biggest takeaway from staying at the Hyatt Regency Belgrade was the friendly night checker who insisted that she make me a coffee for my 4am departure.

Conversely, what I remember most about my Air Serbia experience is standing in line for an hour wondering if I would miss my flight to New York because Air Serbia has a strange system to get physical to request boarding passes:

I have flown many times in my life but have never had to wait in line for more than an hour just to get a printed boarding pass for a flight for which I already had a valid boarding pass.

While largely insignificant, Air Serbia has a policy that requires you to have a printed boarding pass for flights to New York, although Air Serbia’s website issues a mobile boarding pass. This would not be a problem, apart from the fact that you have to go to a transfer desk to get your boarding pass and the line there can be very long.

I spent over an hour in line wondering if I would miss my flight because of this inefficient system. So if you catch that flight, take this as a warning about your mobile boarding pass – either go to the check-in counter (which wasn’t open when I got to the airport) or go to the transfer counter very, very early.

Anyone else have experience with this Air Serbia transfer desk policy? 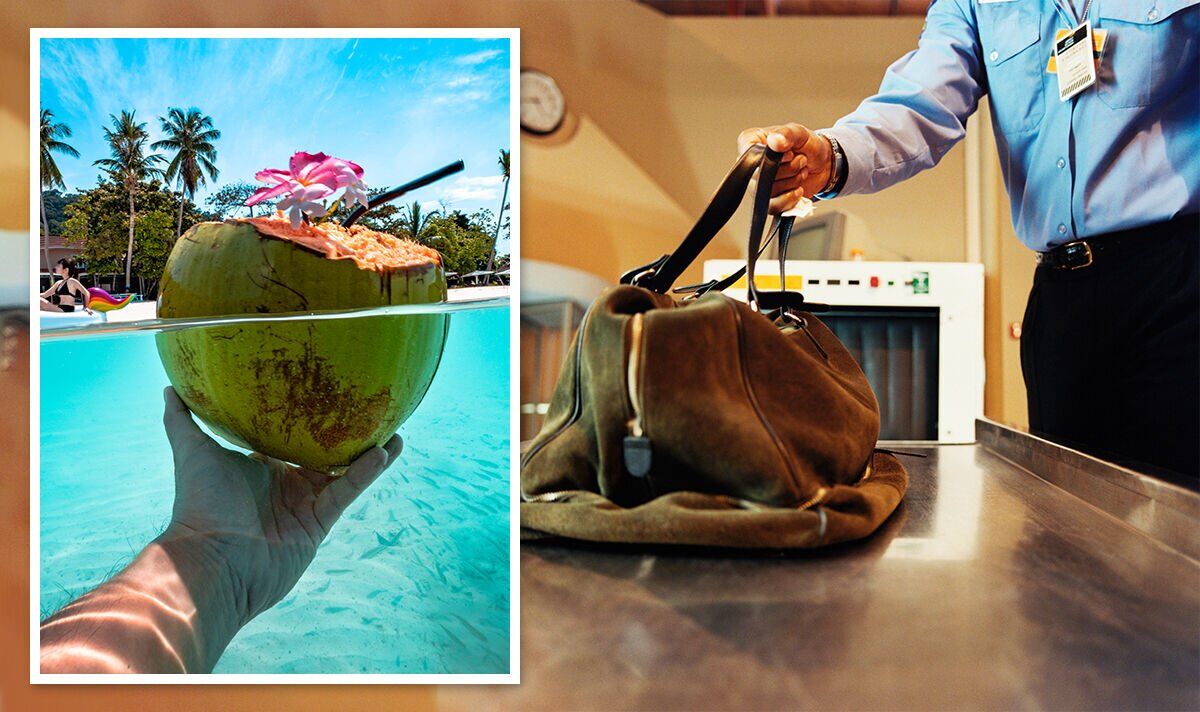 Luggage: 6 popular souvenirs that are ‘banned’ from carry-on and checked-in luggage – ‘Avoid getting in trouble’ | Travel News | Travel