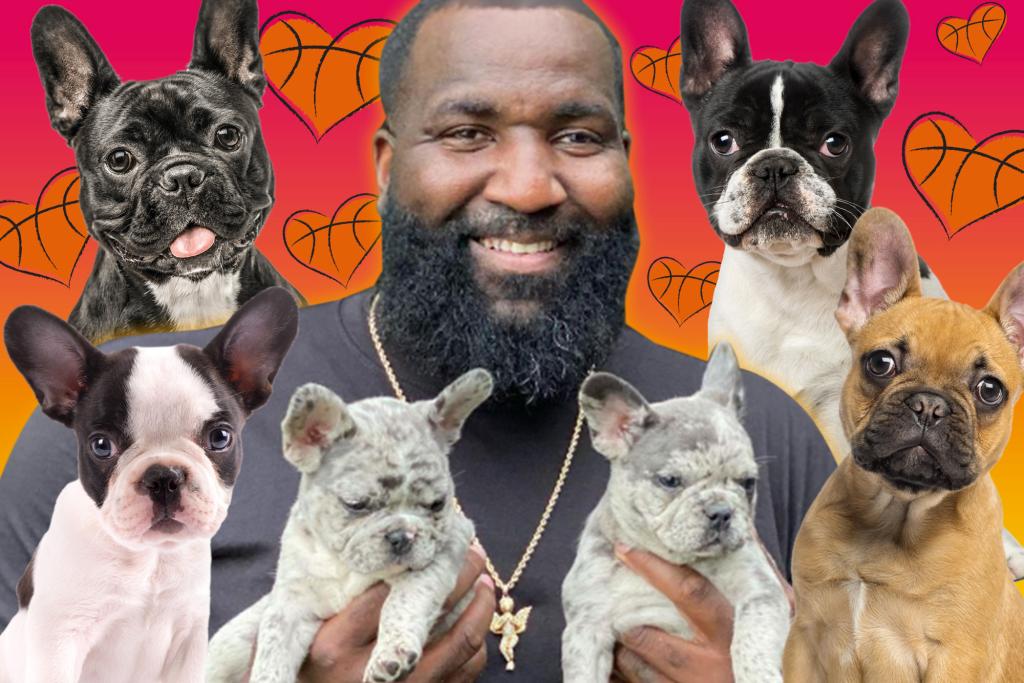 Kendrick Perkins, a former NBA champion and star analyst at ESPN, could very well be making more money from his Frenchie business than from broadcasting over the next five years or more.

About four years ago, Perkins was approached by his brother-in-law, Thomas Alpough, with a succinct business pitch: “Man, we gotta get into this dog breeding business.”

Perkins has always been a fan of dogs and had them as pets, but didn’t know what Alpough was talking about.

“What dog breed?” he asked.

Perkins dismissed the idea at the time, but his interest was sparked when Alpough himself acquired a male and female dog, bred them and had a litter of puppies.

“I want you to post this on your Instagram. Let’s get started. I don’t need any money from you. And we’re going to sell them,” Alpough told Perkins.

Alpough bought another bitch and another litter of seven puppies was born and they were immediately sold out again.

The brothers-in-law formalized a partnership in a company called Big League Exotics (BLE), built a kennel and social media pages, and began reinvesting the proceeds from the litters into buying more adult Frenchies for breeding.

BLE is a four-person company: Perkins, Alpough, Dung Nguyen – a serial entrepreneur who works with Alpough on other ventures, including real estate – and John Shenkir, another businessman who formed a friendship with Alpough after the two met met at the vet.

Now BLE has 42 dogs and Perkins estimates their total retail value at around $4-5 million. The dogs are spread across their own compound and other families and kennels who may be potential partners in the business. The well-being and quality of life of the dogs is very important.

There are cutting edge strategies that can be employed – it’s not just as simple as getting two dogs to fornicate and reaping the profits. There is a constant need to be one step ahead when it comes to genetics, which means anticipating future breeds that will be in demand even if they don’t yet exist.

“Originally Frenchies started out, and there were black Frenchies and white Frenchies. Then all of a sudden lilac Frenchies came out that were bluish white with polka dots and things like that,” Perkins said. “Then you have the Merles [which resemble Dalmations’ patterns]. But now you have fluffy Frenchies that cost a lot of money. Fluffy Frenchies have fur, different colors, this is the new wave. These dogs start at $100,000 to $150,000.

“We have started to build relationships. I started learning more about the DNA, the color, the structure – the things that people want. And now we’re at the point where we actually have dogs in our kennel that are worth $250,000, $500,000 — and we even have one that’s worth $1 million.”

And that brings us to Jay-Z, a fluffy pink husky purchased from a UK-based breeder named Diego Sanchez, whom Perkins calls the “godfather of the French.” Sanchez works with his life and business partner, Susan Bello, and runs a company called Deziner Bullz.

With pink fur and spots like a panda bear, Jay-Z is a pioneer in his bloodline never before seen in the United States. Its purchase price? like dr Evil once said a million dollars.

It was originally posted on Instagram as not for sale; That was until BLE blew Deziner away with the biggest offer they’d ever gotten.

“It was tough because there was no way they wanted to give up Jay-Z. They knew he was one of them,” Perkins said.

There’s a misconception, Perkins explained, that people think bitches carrying babies are more valuable than males. However, if you think of them similarly to a Kentucky Derby winning horse, a male can mate repeatedly while females can only carry one litter at a time.

“They make money selling their semen,” said Perkins, who played in the NBA for 14 years, matter-of-factly. “You have your stud fees, and with Jay-Z, the seed starts at $100,000.”

The breeding process is complicated.

“There’s a lot of work behind the scenes, like making sure your dogs’ progesterone levels are tested to make sure it’s the optimal time to breed for female fertility rates. When you ship the semen, you need to know that it’s only good for a certain amount of time and meets customer expectations,” Shenkir said.

The cost of the business is high, and progesterone testing doesn’t come cheap, Nguyen explained.

“We really care about the dogs. We feed them premium feed and take care of their health,” he said.

Perkins said they received a multimillion-dollar bid for Jay-Z, meaning its value tripled in a short amount of time. Nevertheless, this offer was rejected.

“We know how much money he can make over the long term,” Perkins said. “We just did his first official breeding two weeks ago because he just turned 11 months old.”

Perkins also brought up a video of his colleagues walking down Newbury Street in Boston with Jay-Z and a Koi Frenchie.

“That was great,” Shenkir laughed.

Bello and Sanchez, the Deziner team, have been breeding dogs for about 20 years. They have grown into one of the premier Frenchie breeders in the world and are constantly trying to mix DNA to create breeds with new textures and colors – Husky Frenchies, Koi Frenchies, Pink Frenchies, Fluffy Frenchies, etc.

“In order to create all these high-quality specialty dogs, we need to know everything about DNA; We need to know the right dog types to start the program. It takes five to seven years to create [a new breed]’ Bello said. “It’s not a quick process to finally get the finished article. A lot of work went into creating this dog.”

To develop a dog with a shade of pink like Jay-Z, it’s a mix of generations of dominant and recessive genes – for example, dogs can carry a purple gene but don’t necessarily have to show it.

“You need to match a boy and girl with the right DNA to ensure they have the opportunity to make the dog you’re looking for. Sometimes they do, sometimes they don’t,” Bello said. “You can have seven, eight puppies and only one in the litter will produce what you are looking for. It is a mixture of luck, education and understanding.”

After purchasing Jay-Z, BLE and Deziner Bullz entered into a partnership, with the UK group sending state-of-the-art puppies to the Perkins group, which sells the dogs and/or breeding capacity in the United States. Then the profits are shared.

“They sent us three pregnant dogs expecting exotic huskies that are like Jay-Z but their natural color and look like panda bears,” said Perkins, 37, of one of their first partnership projects.

High standards apply to both BLE and Deziner. Companies must balance a desire to maximize sales with caution not to flood the market and to keep their creations scarce. Both companies wanted to emphasize that they are licensed companies that treat their dogs with care.

The highest price BLE has ever fetched for a dog came when they sold a pink husky Frenchie for $250,000. The furthest thing they’ve sold a dog? Australia. They made the sale a few weeks ago and are in the process of making sure the puppy meets all vaccination requirements.

Another element of BLE’s business is helping other breeders sell their Frenchies. Because of Perkins’ social media skills — he has over 370,000 followers on Instagram and the Exotics account has another 31,000 — they can move dogs much faster than the standard corner shop.

There are, of course, many buyers out there who can’t afford a BLE six-figure Frenchie for breeding purposes, but want to buy a $5,000-$10,000 Frenchie as a pet. A Frenchie could sit for months with no buyers from a small breeder and find a buyer within hours if Perkins and the team got involved.

With so much money at stake, extreme precautions must be taken. The only people who know where BLE’s Frenchies are based in an undisclosed location in rural Texas are the four people who work together. The home sits on approximately 100 acres of grounds with a 10 acre yard that is fenced in, with security cameras throughout and four Cane Corso dogs patrolling. If they take the dogs to shows, they have to hire security guards.

When a bulk sale goes down, one of the four from BLE has to make the delivery.

“When you’re dealing with a transaction this big, you can’t trust anyone except someone in your inner circle to deliver that dog,” Perkins said. “Because you could take a person to the airport with the dog, and that person could take a detour and not even get on the plane and change their phone number, and now all of a sudden they’ve walked away with a $100,000 dog and everyone’s at a loss.”

Frenchies are the most stolen dogs in the United States, Nguyen notes.

“Even in Houston it was on the news to be careful if you own one because people are losing their lives or getting robbed because it’s so hot,” Perkins said. “The French are hotter than real estate.” Roundup of Evo 2022 announcements, from Marvel vs. Capcom 2 to a brand new Fatal Fury game and more 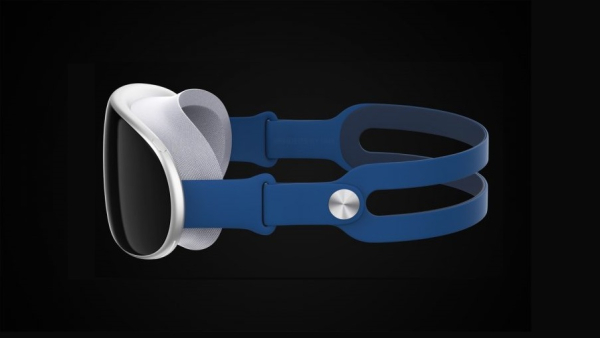